Plant a tree in memory of Dolores
An environmentally-friendly option 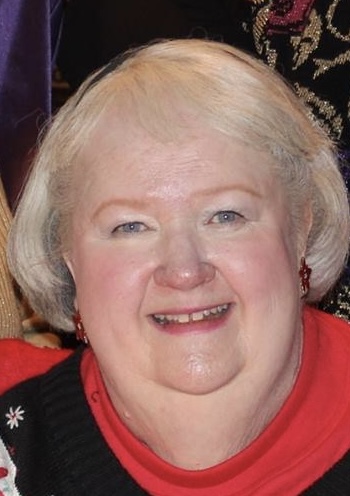 Dolores Frances Mrozinski Snyder (Dolly), 77, Harveys Lake, beloved wife and mother, passed away after an illness, Tuesday, March 16, 2021 at Wilkes-Barre General Hospital. Born in Wilkes-Barre, she was the daughter of the late Stanley and Regina Zubovitz Mrozinski and was a graduate of Coughlin High School and Mercedian Nursing School, Scranton.

Dolores was a member of The Church of Christ Uniting, Kingston. She was a nurse with Nesbitt Memorial Hospital and St. Barnabus Hospital, NJ.

An avid collector and designer of miniature dollhouses, Dolly enjoyed traveling to dollhouse conventions in Philadelphia and Chicago with her loving husband and companion of more than 53 years, Nelson Snyder, II (Butch).  She also enjoyed holiday events with her friends and fellow dollhouse enthusiasts in The Minis of NEPA.  Dolly was also a collector of soft sculpture dolls, traveling on several occasions to Cleveland Georgia, where on one trip she met Cabbage Patch Kids creator Xavier Roberts while eating lunch at a local café.

Her love of travel included vacations to Disney World and Colorado with family and friends, and two special trips to England – one of which was a dollhouse tour. She especially cherished a once-in-a-lifetime anniversary trip to see the Three Tenors, including Luciano Pavarotti, perform in concert, and happily recounted anecdotes and stories from all of her travels.

Dolly’s lifelong love of movies began as a child when she got in trouble for refusing to leave the theater after repeated viewings of Disney’s “Snow White”.  She passed on her love of movies to her son Nelson Snyder III (Charlie), who fondly remembers the many childhood Saturday matinees and appreciates all the times spent with his mom, as well as her love.

Dolores is survived by her husband, at home; her son and his wife Lisa Snyder, and her beloved grandson, William Snyder, of Dallas.  She is also survived by her sister Regina Mrozinski, Pompton Plains, NJ; her dear nieces, Melissa Elkas, and Jenifer Elkas and her family, of New Jersey, and her nephew Dr. John (Christopher) Elkas, and his family, of Virginia.  Dolly is also survived by her daughter-in-law’s mom, Violet Rasmovicz, Larksville.  Violet and her late husband Joseph were part of Dolly’s family for more than 30 years, and she cherished many an anniversary, birthday, and holiday spent with them.

Dolores’ family is especially grateful to visiting nurse Ann Schooley and the nursing staff of Wilkes-Barre General Hospital’s ICU for their kindness and compassionate care.

Funeral services will be held privately at the convenience of the family. Arrangements are under the direction of The Richard H. Disque Funeral Home, Inc. 2940 Memorial Highway, Dallas, Online condolences may be made at Disquefuneralhome.com.

Plant a tree in memory of Dolores by clicking here.
To send flowers to Dolores' family, please visit our floral store.

Plant a tree in memory of Dolores
An environmentally-friendly option

Plant a tree in memory of Dolores

2 trees planted in memory of Dolores

So sorry to read of Dolly's passing.  We were classmates at Mercedian and I have fond memories of her there.  Regret we lost touch.  So sorry for your lose.

Please accept my deepest condolences in the loss of Dolly.  I only met her a few times, but she was very pleasant, and I am sure she will be greatly missed.
Your neighbor at Pole 11,
Gerry DuBoice-Cawley

My deepest sympathy. God Bless. Dolly was a wonderful woman and I'm so happy that I got to know her. May your treasured memories bring you comfort during this difficult time.
Gerri Vickers

A Memorial Tree was ordered in memory of Dolores F. Snyder by Gerri Vickers.  Plant a Tree

I am so sorry to hear of Dolly's passing.  She was a wonderful person and I feel so lucky that I got to know her.  I loved hearing her stories about her family, enjoying her personalized homemade cards and the beautiful poinsettias she would send.  Every time I see these I think of her with much love and appreciation and I feel very lucky to have met and known Dolly.  My deepest condolences to Nelson, Charlie and all of her family.  God Bless.

A Memorial Tree was planted for Dolores F. Snyder

Plant a tree in memory of Dolores